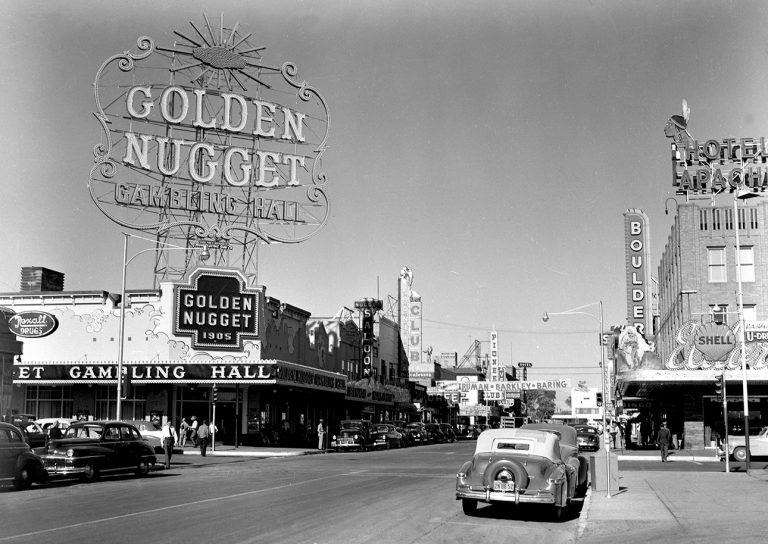 The Guy who Beat the Slots!

The Guy who Beat the Slots!

THE GUY WHO BEAT THE SLOTS

According to John Scarne, in his book “Complete Guide to Gaming” (1960), it all began in 1940, with a man named Jake Kosloff – who appeared suddenly in downtown Las Vegas, making his way to the big corner and into the Fremont casino. He soon caught the eye of security, as he sat down to a new Mills High-top slot, where he soon drained the coin tube, and hit the jackpot. Their interest peaked as he did the same on several like machines, before he cashed in and left. They’d later learned that he’d done the same on High-top machines in the Horseshoe and the Golden Nugget as well.

Security from all three clubs later met to discuss the event. Photos of the man had been taken, and the machines he’d played were examined for pin-holes or other signs of trickery – none was found. Posters were distributed among the clubs, and a watch began, if he showed up again – which he did, only four months later. Just like the first time, he played his way through the Fremont and Horseshoe casinos. But shortly after entering the Golden Nugget, Mr. Kosloff was surrounded by security, and quietly invited to the Slot Manager’s office.“OK.” the Manager began, “What are ya up too? Nobody – but no body empties machine after machine without some kind of trick. What’s your’s?”
“No trick at all.” said Kosloff, “I’m just playing the machines. But I’ll tell ya this – there ain’t a machine you’ve got here that I can’t beat.”

Over the next hour Kosloff recounted the whole story. He’d worked at Mills for several years, and left after learning all he needed to know about the new line of High-top machines – including the symbol sequences of every set of reel strips then being used. The knowledge of those strips, along with his trick of pulling the handle quickly – or with some delay – after the end of each game, to vary the time of spin of the reels, during the next game. By this kind of “rhythming” he could actually call up the wanted symbols, onto the payline. More than that, in time, he could do the same for all three reels.

As expected, his listeners didn’t believe him. But after much discussion they finally settled on an agreement – a bet, in fact, of $10,000 dollars, against the man’s purported skills. A new machine, fresh from it’s crate, was placed in front of him, with it’s tube filled with silver quarters. Jake then carried on a running dialog, over the next twenty minutes as he played – until he blurted out, “Two Cherries”. Then just as called, the two cherries appeared on the first two reels. Fifteen minutes later he called, “Three Oranges”, and again, they showed on the payline. Finally, only ten minutes after that, he called “Jackpot!!!”, and as if by magic, the three bars neatly lined up!

The crash of coins that followed, drove the manager into a sweat – as he saw the end of slot machines, as the core of the casino gaming industry. If Kosloff could do this – anyone could. But Jake had the answer that they were hoping for.
“The problem,” said Jake, “was the inherent repeatable timing of the machine.”, for which he already had an answer. His idea was quite simple, with a device he called a “Variator”. This uncomplicated component yielded a random variation to the basic timing of the machine – a simple contrivance which would end forever, the practice of rhythm playing in slot machines.
In a single stroke, Mr. Kosloff won his $10,000 bet, and set his feet on the path to fortune, through his invention of the “Variator”. If he’d told his employers, at Mills, of his discovery – and the invention which followed – they’d simply have scarfed it up and left him with little or nothing. But by demonstrating the importance of his find, to people who’d properly understand its significance, his future was secured.

How to Win the Lottery: 9 Amazing Tips

Read More
How to Win the Lottery: 9 Amazing Tips