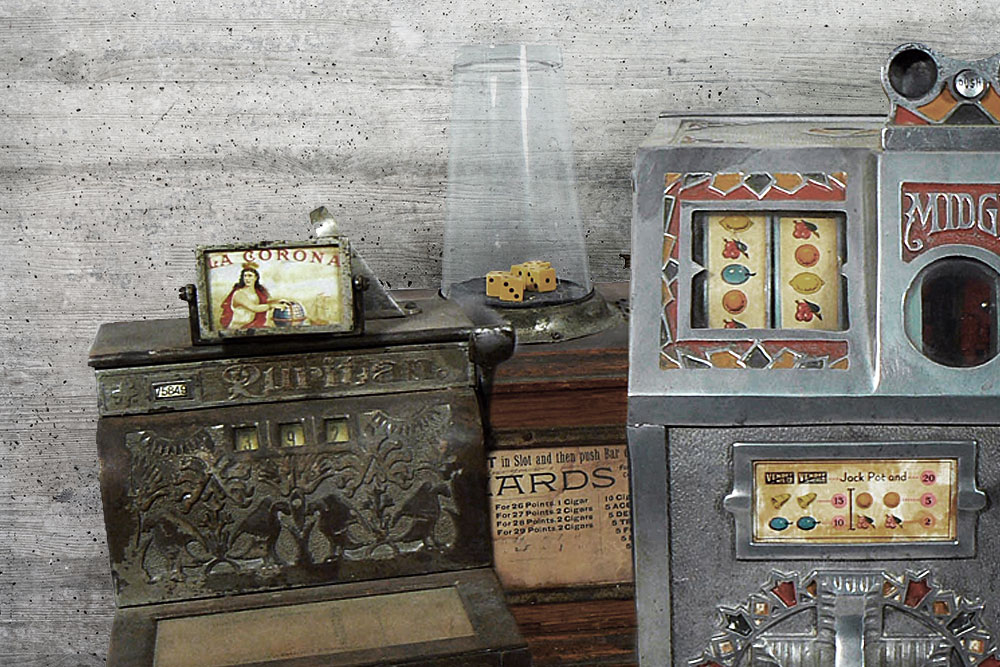 Where it All Began – The History of Slot Machines

Where it All Began – The History of Slot Machines

In nearly every U.S. western movie of the 1930s and 40s, saloon scenes always pictured a typical mechanical gaming machine resting against the wall called a “Cartwheel Machine”.  The term “Cartwheel” came not only from the large spinning wheel at the heart of the machine, but also because many of these machines were coined for the large silver dollars of that time – often called “cartwheels”.

Machines were characterized by a large gear-like wheel with a hundred teeth.  Colored stripes next to each tooth showed the pay out if the spinning wheel was stopped at that notch.  Black and Red were the two most common notches, each paying out 2 for 1.  Punters with a bit of luck would hit on one of two silver notches resulting in a jackpot pay out of forty coins

1895 in San Francisco a bar-supply salesman named Charlie Fey, tinkered together a whole new concept in gambling machines.  He called his first creation the “Liberty Bell”. It was equipped with three reels, each carrying ten pictures. After a coin was deposited, and the handle was pulled, the spinning reels would stop in sequence at one of 10x10x10, or 1000 combinations – as opposed to only the 100 possible wins of the typical Cartwheel Machine.

Designed to be played with nickels, Mr. Fey touted his new machine to bar owners with the idea that their customers would have the choice of spending their nickel on a single beer, or if they got lucky could win up to ten beers for the same nickel.

Before the century was out, the Mills Music and Novelty Company had developed its own version of coin-operated gaming machines.  Leading them to become a dominant player in that field for more than half a century thereafter – and in large measure, laid the foundation for today’s massive slots gaming machine industry.