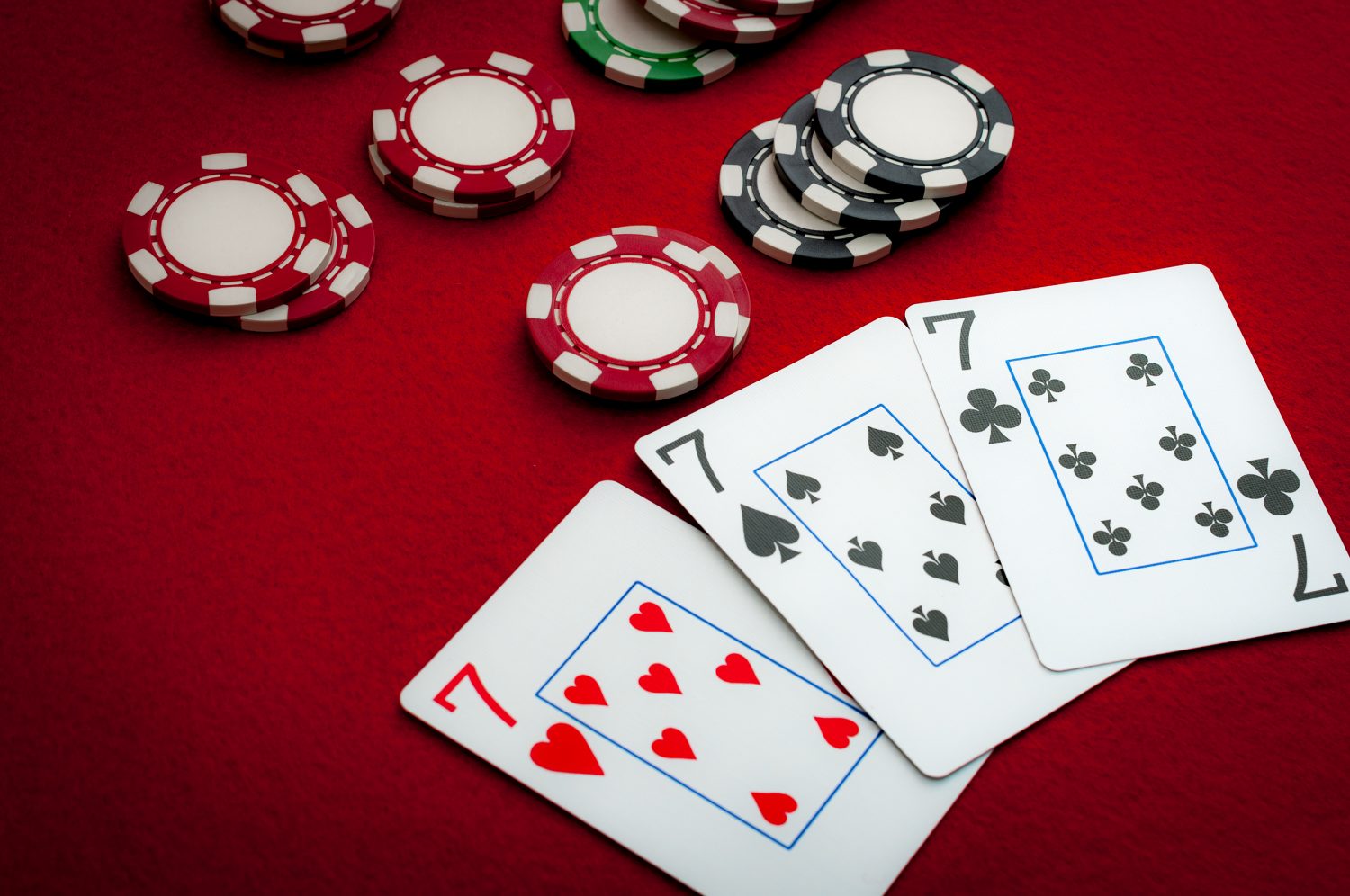 3-card poker is among the relatively new-trademarked casino games. That said the table game enjoys quite a following and is among the most successful table games in the market. Invented In 1994 by Derek Webb, a UK national, 3-card poker had a false start in Vegas but its good reception in Mississippi led to its popularity in casinos in this and neighboring regions. Today, this table game is enjoyed by millions of people, both online and offline, in different parts of the continent. We find that most online casinos include the game as part of their table games package.

We realize that players like 3-card poker for many reasons. These include:

Below we go into more details on how you can play this game either in a brick and motor casino or online.

Three Card Poker is played between the player’s and dealer’s hand. Once all ante wagers are placed, each player and the dealer are dealt with 3 cards. Once this is done, players can choose to fold or to place a play wager that is equivalent to their ante to continue with the game. After this, hands are exposed and the wagers are resolved.

For the dealer’s hand to play, it must be queen high or above. In case the dealer doesn’t play, no action on the wagers is taken hence ante wagers get paid in the ratio of 1:1.

When the dealer plays, the player’s hand is compared to the dealers hand and if the players loses, the ante and play wagers of the player are lost. In case the player wins, the winners play and ante wagers are paid in 1:1 ratio. If there is a tie, no action is taken on either of the two wagers.

There are two types of bets in 3-card poker. These include:

Normally pays 5: 1 for straight flush, 4:1 for three of a kind and 1:1 for a straight. This bonus is paid irrespective of the dealers hand outcome.

To play 3-card poker, you need a single deck of cards for every hand. This applies both to online and offline players. The cards should be shuffled though this is mostly done using an automatic shuffling machine.

A table is also needed. Mostly, the standard 7 people blackjack tables are used. The table comes with the three-card poker logo and 3 card-shaped spaces. The dealer places his cards in these spaces. Other details on the table include:

On one side of the table, right next to the dealer, there is a placard designed to inform players on maximum and minimum bet. The dealer is responsible for placing the placard. If for instance the placard states that the minimum pair and minimum pair plus bet is $10 and the Maximum is $200, it means that whichever of the 2 play options you choose, your initial wager should not go below $10 or exceed $200.

Using the standard pay table, the Pair Plus bet house edge is 2.32%. Across the entire round of wagering, and using the optimal strategy, the house edge comes to about 2.01%. The house edge can be reduced through the multi-hand strategy but the difference is not substantial. The house edge is considerably low when compared to other table games.

In three-card poker, the objective is to get a poker hand that is higher in rank when compared to that of the dealer. A player needs to place a Pair Plus or Ante wager so as to participate in this game.

Hands comprise of three cards. While 3-card poker is based on stud poker, the odd are a bit different which means that the rankings are also not similar. In the case of Three Card Poker, flushes are more common when compared to straights and the straights outrank the flushes. In case of 5-card games, the opposite it true and flushes outrank the flushes

For this poker, there is no limit to the number of players and it is not possible to get four of a kind.

The hands are ranked in order of value as below:

The dealer qualifies with a queen or higher.

How are the results determined?
A player wins, when they make a final verdict on the bets and boxes they choose. Then the final card which is called the dealer is shown to the player then the end results are displayed. When the queen has a high or a better sign on them and a card poker of Q-3-2 out of 3 if it is lower than the minimum qualification the ante bonus remain one is to one and the dealer loses to the player. The ante bonuses are paid which is a pair plus and they also get a pay-out of one is to one.

What are the odds of winning in three card poker?

How to play Three Card Poker?
Every player in this game who gets the cards has to choose on which box they want to play on so as to avoid confusion. The player first gets the cards looks at them and then decides if they want to play. Then they have to bet on the game, this is placed on the box and the ante bet which should both be equal. The player can also decide to place another bet beside the initial bet known as the pair plus. The dealer places their three cards, the cards are then turned up when the players have finished making their decision and if any of the players’ three cards have the highest poker hand, they then win the bet on three card poker.