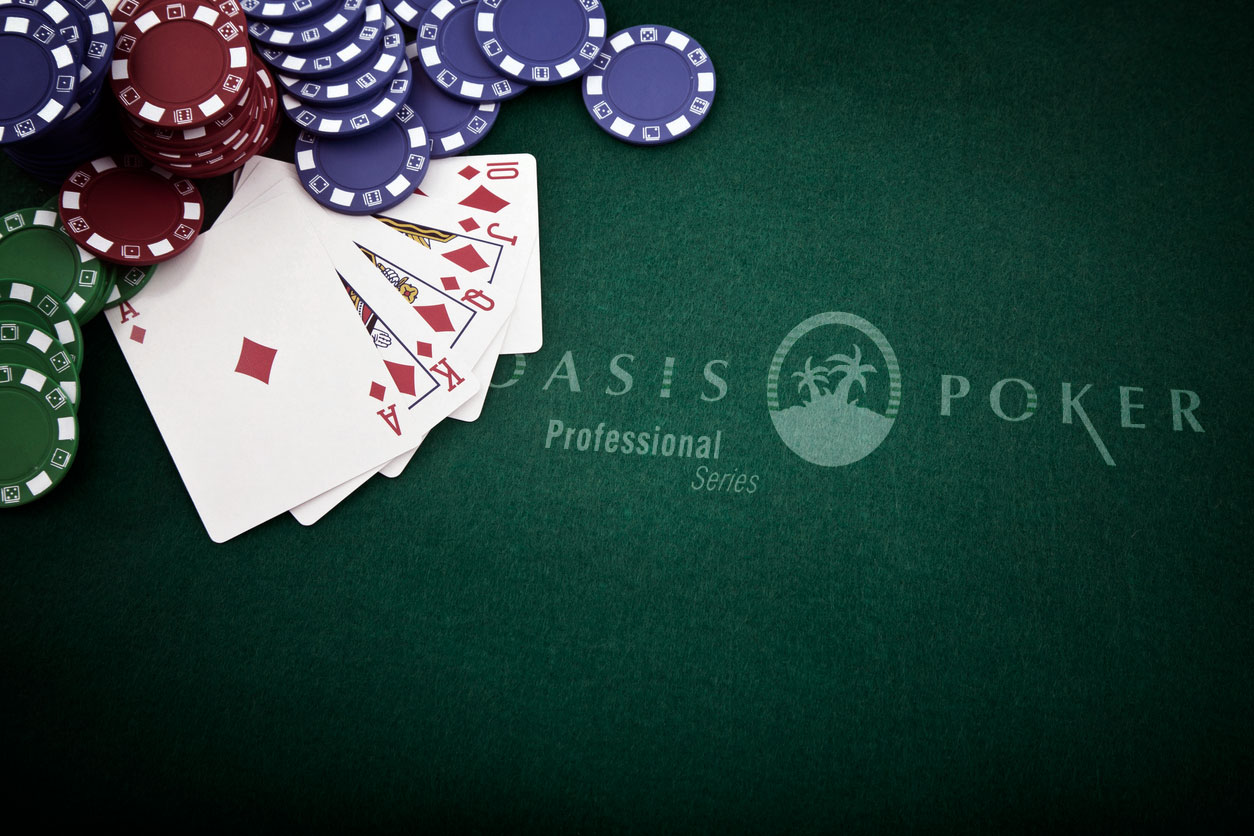 Oasis poker is 52-cards deck casino table game that requires a player to play against the house and the dealer. Not many knows of its origin but many claim that the game is derived from the famous Caribbean Stud Poker game. It was originally invented in 1982 by David Sklansky and named “Casino Poker”.

Another popular casino game that requires the player to play against the house is the Ultimate Texas Holdem Poker. Make sure to check our Ultimate Texas Poker Strategy Guide

Oasis poker has gained popularity and is now being played in casinos all over the world especially in North Africa, Eastern Europe and mostly online. With the obvious similarities of the game to blackjack and video poker, it’s easy to understand and play. To top it off, the player only worries of the dealer’s hand and not his fellow players. Today, Oasis poker can be played both offline, online and on tables in your favorite casinos.

The game is famous because:

Let’s see how you can win by playing Oasis poker both online, offline and in brick casino halls.

Gameplay rules are important. Oasis poker rules are similar to those of the Caribbean stud poker. The only difference that is in Oasis poker, you are given the chance to change the cards before dealing. To play:

In Oasis poker, the objective is to have a higher hand in comparison with that of the dealer. A player may need to exchange his cards which can be costly before the comparison is made to determine the winner.

In Oasis poker, the poker hand is composed of more than five cards. High category poker hands beat lower poker hands i.e. from the strongest to the weakest.

With the above paytable, the ante bet has a house edge of 1.04%. However, after switching cards and by including the switching fee, a full house pays 6 times and not 7 times. This in some cases raises the house edge to 1.204%.

Here are some top tip for Oasis poker. Even though we need to switch cards, a specific winning strategy is required. Therefore, try this switching strategy tips.

You need 52 cards to play Oasis poker. The players can be several but utmost five as they all have to be in view of the dealers exposed card. The cards are shuffled by a machine both online and offline before they are issued out.

For offline games, a table is required, with seats for all the players. The tables come with an oasis poker logo and a space for the dealer. The dealer places his cards in front of him which gives pace for the players to see.

On the inside is a placard. The placard indicates the maximum and the minimum bets placed by the players. It also indicates fold/raise decisions made or to be made.

What is the difference between Oasis Poker and other variants?
Poker is among the most well-liked casino games. Nowadays, there is a wide range of poker varieties to choose from when it comes to poker gambling. One of these options is Oasis Poker, which is common in many casinos. Unlike poker, in which a player competes with other players, this poker variant is played against the house. It is a variant of the Caribbean Stud Poker and also shares some similarities with video poker and blackjack. The goal of the player is to beat the house, which in this case is the dealer’s hand. Oasis poker is somewhat less competitive because the player does not have to worry about other players’ hands.

What are the pay-outs for Oasis Poker?
How do I win at Oasis poker?
The dealer must have at least a king, an ace or higher in order to qualify. This means that the lowest qualifying hand would be an ace, a king, a 4, a 3 and a 2. In the event that the dealer fails to qualify, the player only receives 1 to 1 on their ante, and their bet is returned to them without winnings. The player loses both the raise and ante be if the dealer qualifies. If it happens that neither the player nor the dealer has winning hands, the highest card wins. In the case of a tie, the raise and the ante will push. Even though it is not popular in casinos, gambling through Oasis Poker promises big payouts.