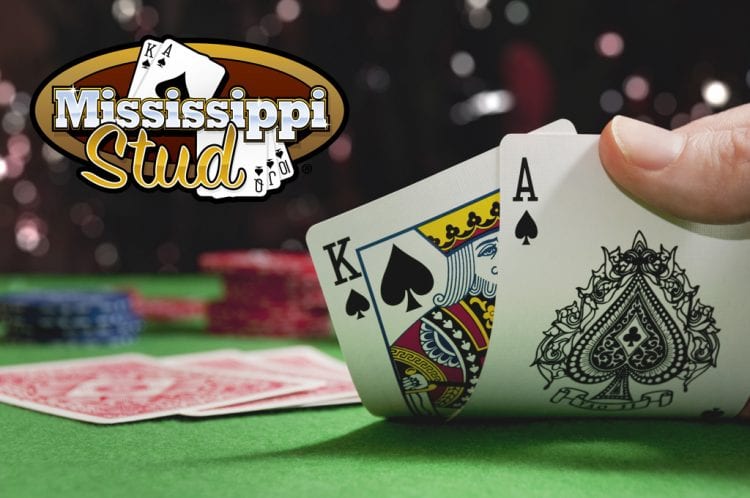 Mississippi stud is another popular poker game. This table game is quite simple to play as the rules are straight forward. Besides, winning is based on the power values of the final five cards that the player has in his hands. The game is gaining popularity as the day goes due to the level of skill required to understand its strategy and play it to win.

This table game is quite enjoyable and highly entertaining. The trick involved in playing the game is gaining an understanding of all of the different strategies. Also, enhancing your skill, especially in regards to when to raise or fold as decisions are made at the various cards held by the players and dealers are revealed. The game gives an individual the chance to learn and be entertained with time as the match forges forward.

How to play Mississippi Stud is the big question in every player’s mind. Several rules are governing this game. These are:

The Mississippi stud game has various kinds of bets. These are:

This is a mandatory bet put in place by the players before the game begins.

The bet is dependent on the player’s first decision after the 1st community card is revealed. The raise bet is three times the original ante bet.

The bet is dependent on the players’ next decision after the 2nd community card is revealed. The raise bet is three times the original ante bet.

The bet is dependent on the players’ final decision after the 3rd community card is revealed. The raise bet is three times the original ante bet.

It is a free bet which is placed based on the community cards drawn during the game. The decision to fold or raise in the game does not affect the bet.

The objective of this table game is to have the best five hand poker ranking values to win against the dealer.

The game has the following poker ranks.

The Mississippi stud game has the following payouts.

The following is the three card bonus payout table

Mississippi stud game has a house edge of 4.91% when implementing the best winning Mississippi Stud strategy as advised by us.

Mississippi Stud Strategy is the longest. However, if well understood, it guarantees you a win in this game. To carry out the strategy, you firsts have to understand the Card Values in the game. These are:

2 cards, then here is the best strategy to use:

3 cards, here is your strategy:

4 cards, then the optimal strategy:

You will need a table with the Mississippi Stud logo in the middle. On the players, sides are spots marked with dollar signs providing spots in which the bets are placed. On the side is another area that allows space to place the bonus bet. It is only for offline players. If playing online, all you need is your laptop, a comfortable place to sit and reliable internet.