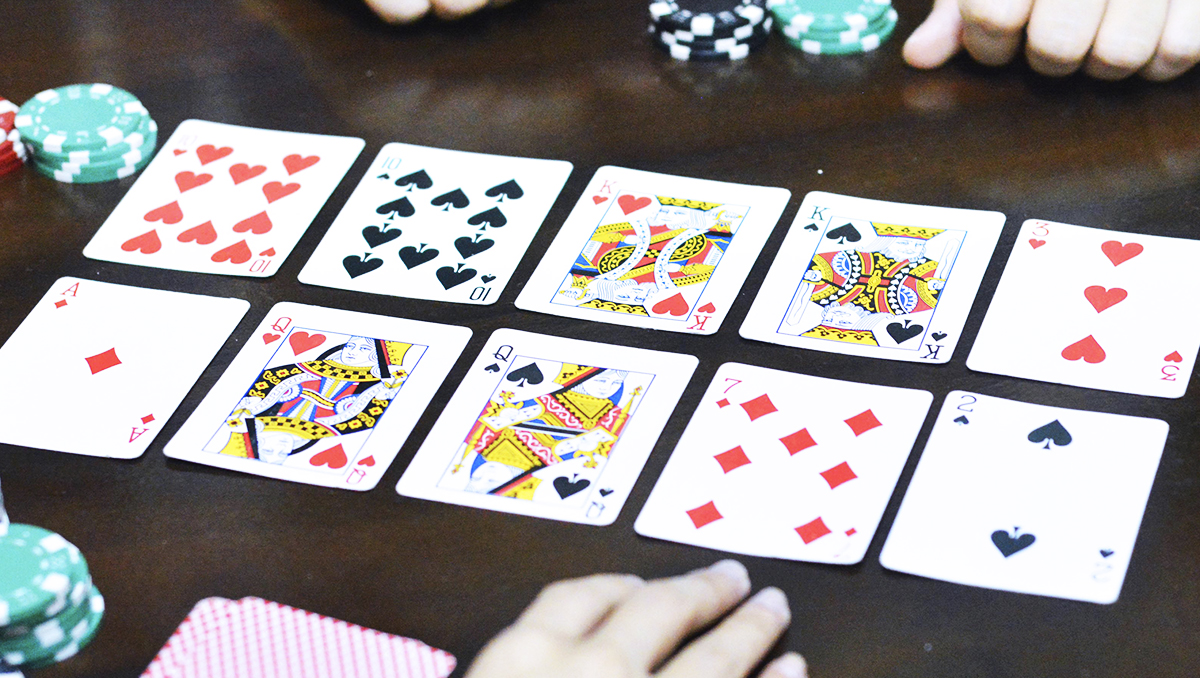 Caribbean Stud Poker is a casino table game played using a deck containing 52 cards in total. The game utilizes the principle of playing using only five cards for each of the payers as well as the dealer. The game is played against the dealer and therefore, you win by beating the dealers winning the hand.

The game has many origins that all claim to have invented it. David Sklansky, a gaming authority, claims to have invented the game in 1982 and named it casino poker. Another player claims to have patented the game in Aruba and called it Caribbean Stud Poker; the game retains this name till date. Also, it has gained a lot of popularity as it is one of the games that employ a playing strategy. The strategy is aimed at giving the player a winning hand against the dealers winning hand.

Playing the game comes with its own rules. The first step in playing Caribbean Stud Poker is:

The game enjoys a house bet of around 3 to 5%. The house edge may range from one casino to another, but the value always comes back to approximately 3 to 5% if cards are switched after the player places a raise.

Players place their bets and dealt with five cards each against the house representatives five cards. The dealer requires an ace, a king and a 4, a 3 and a 2 to qualify. If he does, then we lose the bet. If he does not qualify, then we get our initial bets and no additional winnings. If neither of us has the qualifying cards, then the one holding the highest cards becomes the winner.

The objective here is to ensure that you have the upper hand by having the highest winning cards even if the dealer has qualifying cards.

This poker game is played y=using five cards for each of the player and dealer. Therefore, the winning hand rankings have to have the highest poker rankings to beat the lower poker ranks. Let us see the hand rankings for Caribbean stud poker.

For offline games, a table is required, accompanied by seats for all the players. The table comes with a logo and space for the dealer to deal out the cards.

Carribean Stud Poker rules/ strategies come in handy. Even though we do need to exchange the cards, especially after a raise, a winning strategy is what we need. Here is the winning strategy for this game.

The important task to undertake before playing the Caribbean stud poker game is to understand all the rules and practice more to gain mastery of the game. Knowledge and application of simple strategies as well as Knowing the basics about the rules, understanding your cards to avoid loss of your bet, will assist in winning the game.

The above-mentioned rules and strategies come in handy to assist as you join gambling and understanding Poker which is a similar game on the same line.

Is there a strategy for winning at Caribbean stud poker?

• Avoid playing with weak hands to avoid the possibility of folding which will mean you forfeit your bet.

• Fold cards which do not have a high card; a King or an Ace. This is to increase your chances of beating the dealer

• Consider placing a call bet in the event that you receive better cards.

• You can choose to call a bet if you have Ace, King, Jack or a better combination or else, consider folding to increase your chances of winning. Equally in case, you have three cards, for instance, Ace, King, and Queen, if the bigger card between two of the cards you have are bigger than that of the dealer, contemplate placing a bet.

What other games are like Caribbean Stud Poker?
Caribbean stud poker, also called casino stud poker, is a casino table game with rules derived from stander 5 stud poker. However, unlike standard poker games, Caribbean stud is played against the house rather than against other players. There is no bluffing or other deception. The game is popular due to its simple rules and generous payouts.

What are the payouts on Caribbean Stud Poker?

If a player’s cards beat the dealer’s cards, the player will receive even money (1-1) on the ante, and the following on his bet (with a maximum payout of $5,000 U.S. Dollars per hand on each bet wager):

A Professional poker player name David Sklansky claimed that he invented the game in 1982 using the name “Casino Poker”. When he developed the game the rules had some differences, with the dealer having two cards revealed instead of only one one. Likewise there was no progressive jackpot in the game he allegedly founded.