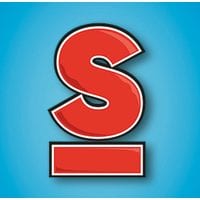 Headquartered in Sheffield, England, Spike Games is a prolific casino game developer that solely works on casual online games. The company was established in 2014 and since then they have been producing some truly exceptional types of slots that combine the fun elements of gambling and the skills of the players to provide a unique gambling experience.

Though the game developer has been wandering in the industry for a few years now, they have created around half a dozen video slots only. It is quite interesting to see that they have not shown interest in any classic slot yet. Instead, their games revolve around some less explored concepts in the gambling world. Popular mobile games, arcade games and a few random ideas are the inspirations for their top-notch products. Based on the popularity of the games they have released so far, it seems like the theme choice worked on the company’s favor.

The most eye-catching feature of the Spike Games slots is their skill-based gameplay. As expected from games of this genre, the symbols are placed differently than that of a typical video slot. Players can start with a very small amount of stake and gradually go higher. As these are casual games, the maximum jackpot prizes usually remain within 1,000 credits. Once the stake is placed, players can utilize their gaming skill and match symbols to win attractive monetary rewards.

Spike Games has a small game selection, however, interested players can still find one game or another suitable to their taste. Here are some of the Spike Games slots that we like for an exciting session:

Spike Games is an innovative game developer that stands out among a crowd of software providers due to their exceptional quality games. In the world of iGaming where new games are constantly being added, slots from this manufacturer shine brightly due to their entertaining aspects. Not only do these games offer smaller betting stakes but they also allow the players to try their skills to win some real cash prizes. Due to this exciting invitation, many players are aiming for such casual games instead of the typical ones.