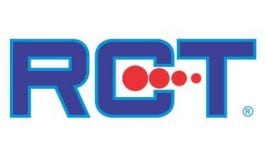 RCT Gaming is a Brazilian casino game manufacturer that has gradually started operating in the international regions. Beginning its career more than two decades ago, this prolific game developer has had a long history of working in the land-based casinos. Casino equipment are their main forte and this is the sector where they have earned massive recognition so far. Nowadays, the company is turning towards the online platforms and designing games compatible with desktop, mobile and social gambling avenues.

RCT Gaming is well known in the local industry for a large number of successful games that have caused quite the stir among the gambling enthusiasts. The video bingo series, slot machines and gaming cabinets are among their most popular products that dominate the South American markets.

However, the company took a major leap of faith in 2010 when it turned to the web-based operations. They have been faring well in this sector as well, as their games are being enjoyed by a large number of gamers all across the US.

Although RCT Gaming has a large game portfolio, the majority of these slots are available for the native players. The games are set in the Spanish and the Portuguese languages which is another drawback why international players might not enjoy these slots to the utmost level of convenience. Mentioned below are some of the most popular RCT Gaming slots that feature the developer’s trademark design style:

RCT Gaming has yet to make a name for themselves in the international markets, however, they are well-recognized in their local gambling community for their amazing quality products. The developer currently offers a single slot machine for their worldwide fans which can be availed in a small number of online casinos. Hopefully, the game provider will deliver more products in the international arena and make it easier for the fans to enjoy their games.