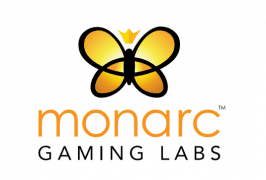 In the recent years, the rise of the popularity of the social casinos has not been gone unnoticed. As an effect of this transition in the iGaming sector, many game developers took birth to cater to the social casino game lovers’ needs. Monarc Gaming Labs is such a game manufacturer that has created a large number of online apps that are available in the mobile devices.

As the iGaming industry is still at its growing period, it did not come as a surprise when Monarc Gaming Labs took the opportunity to boost up their career in this industry. They have launched a series of apps which can be available from Facebook, Android phones and iOS devices.

Founded in California in 2014, the game developer started their journey to win the elite gamblers’ hearts via a series of real money game alternatives. Based on their massive popularity, it is evident that they have succeeded in doing so, that too within a very short period of time.

While the company’s prime focus remains at the mobile and social sectors, their partnership agreement with Spin Games in 2016 ensured that their games will now move to a greater part of the world. North America and Europe remain as their current markets while they continue to work for expanding a lot further in the gambling industry.

The reason that social games are so trending right now is due to the alluring visual of these games along with attractive bonus elements to capture the players’ attention. Most importantly, these games can be played completely free of cost but the players may still be thrilled with the excitement, entertainment and authentic pleasure they provide.

One of the major advantages of Monarc Gaming Labs slots is the interactive quality of these casino  games. Players can continue to upgrade their skill levels in these apps, interact with their friends, share virtual coins and experiences and compete with each other in different tournaments. The entire idea is to create an entertaining gambling environment without the worry of losing money and the developer’s gaming apps provide just that.

Slots from Monarc Gaming Labs can be found under the Golden Sand slots or the HANGAME slots category, such as:

Moving forward with slow and steady progress, Monarc Gaming Labs is a company worth checking out. Real money players may not enjoy the appeal of their products or even have heard of them, however, the target customer range of the company may find them a lot more interesting.

Though they are not necessarily the biggest name in the social casino sector, their games are fun-filled and enjoyable. They are perfect for playing at home, during break times, in a tedious ride to home-the options are simply endless. Interested gamers can easily download their games from their phone’s App stores and see how it goes.