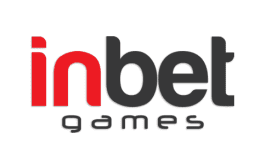 InBet is one of those casino game developers that have the capability to compete with the top-tier software providers in the gambling arena. Though the company is still not familiar in the UK based or US based gaming markets, gradually they are making themselves known to the gambling enthusiasts residing in these regions.

Launched in 2003, the Russian game manufacturer has quite a successful history to boast of. Since the beginning of their career, this developer has quickly expanded its services in the neighbouring countries where gambling is legal. Ukraine, Tajikistan, Kazakhstan and many other Soviet Republics regions have been under their business strongholds ever since.

Though their initial markets concerned only those based out of Russia and Eastern European countries, recently they have branched out further. The newer client range revolves around Greece, Brazil, Portugal, Nigeria, Kenya, the Dominican Republic etc.

The reason behind the massive growth of this developer is its upgrades made with the advancement of technology and public demands. They have quickly transitioned to the iGaming sector which has enabled them to connect to larger client range in the long run. Today, InBet is widely known not only for their extensive collection of games but also for their excellent iGaming services.

InBet has an array of slots, table games, keno, bingo and lotteries for their fans. When it comes to the slot machines, InBet uses a number of design techniques to make their products as much versatile as possible. The majority of the slots appear in a 3D animated graphics and are often adorned with CGI graphics. Bright and vibrant in colour, these games are aimed especially at the modern gamblers.

Players who love an innovative design style can go for their artistic slots instead. Drawn almost in a pencil sketched scenario, they offer a muted outlook that is both unique and soothing to the eyes.

As for the themes, InBet slots depict a huge variety that is reachable to a large range of players. In addition to a few Russian themed slots, there are many Western inspired concepts found in the catalogue.

One of the major advantages of playing the InBet slots is their compatibility with the mobile platforms. To cater to the mobile gamblers’ needs, these games are designed with HTML5 technology. As a result, they become fully optimised for enjoying in Android and iOS devices.

The company uses a special algorithm in their slots so that they take up a minimum level of the battery life. Thanks to such an extraordinary measurement, players can now spin on their favourite games for as long as they want.

From the large number of InBet slots, players can easily find out something that is most suitable to their taste. Here are some of the games that we love:

Coming from the Eastern European side of the world, InBet has achieved much success than many other developers from the respective markets. They have already conquered the European, African and the American gambling arenas. Their success in both the land-based and online casinos upholds their true potential of moving forward faster in the upcoming days.