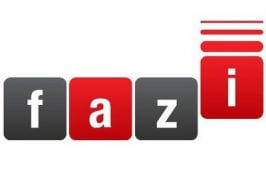 Founded in 1991, the Serbian casino game developer has a lot of achievements to boast of. Widely renowned for their electronic roulette machines, Fazi has a wide range of casino game variations for a diverse fan base. The majority of their games are extremely popular around the world. From one of the least expected regions, the origin of this prolific game manufacturer proves how far gambling craze has spread.

In more than 25 years of their career, the company has spent most of their workforce in designing roulette machines. They are known to have sold over 2500 of such configurations in the European and the American market alone.

While their signature products are the prime source of their revenues, the far-sighted company has made no delay in strengthening their portfolio further. Currently, their wide variety of services include casino management solutions, slot machines, lotteries and video pokers.

The fans of roulette games will forever remain grateful to this developer for their massive contribution in the sector. From automatic roulettes, virtual roulettes to live roulettes, Fazi has covered it all.

Slot lovers, however, will also have something positive to comment on this popular manufacturer. With superb quality graphics, attractive animation and lucrative bonus features, Fazi slots are by no means less appealing than their roulette counterparts.

Initially concerned about the land-based casinos, Fazi started focusing in the iGaming sector as the online games took over the world by storm. The touch of such a movement has reached this faraway developer as well. They have since then taken extra effort in making their games available to a bigger audience.

Visually, Fazi slots are of moderate quality. They have a bright and vibrant touch to their outlook while a variety of themes make them worth the try. Some action-packed bonus features included in the games also make them suitable for modern gamblers.

The recent years that saw the majority of the games turning from Flash technology to the HTML5 format, heavily influenced Fazi slots as well. This is why all the latest releases from this company are fully compatible with both desktop and mobile devices.

Fazi has a relatively small selection of slot machines for the fans. With average quality graphics and bonus features, these games are more suitable for the players who are into simple but entertaining gameplay. Here are some of the most popular Fazi slots for the new fans:

Having a strong portfolio since the beginning of their career, Fazi is a prolific game developer that is successful in both the native and the international market places. The only sector that still remains far from their stronghold is the iGaming avenue. However, their recent endeavours show that the developers is moving towards conquering this platform as well.