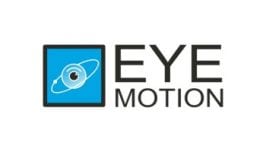 Established in 2014, Eye Motion is a prolific game developer that is causing a stir in the iGaming industry. This Armenia based company specializes in B2B solutions and HTML5 games. In fact, the developer has their very own HTML5 game engine that enables their products to the availed on multiple platforms including the mobile phones.

Though the company has been operating under the radar for the first few years, the world has learned of them only recently as they started taking part in various iGaming events. Their constant appearance in the major ceremonies during 2017-2018 has helped them to mingle with some strong developers and pushed them to forge a few much-needed partnerships.

One of the most prominent deals took between Eye Motion and Vbet.com. This important agreement initiated multiple benefits for the fans. They can now easily enjoy the Eye Motion slots separately and with real money.

What Makes Eye Motion Games Stand Out: Designs and Features

Instead of aiming straight towards the casino staples, Eye Motion has opted for a creative game series that takes place on the world’s most popular and the largely populated cities. Sitting at home, players will be able to wander in these civilizations through the developer’s keen eyes. The current inclusions of this game series include trips to China, Egypt, Russia, Africa, Armenia and so on.

Since the launch of these games in the Beating Slot app, they received a massive response from the gamers from different regions of the world. Based on its successful release, the company is currently working on adding more cities in the collection. So far, there is news of 40 games in total which is great for the fans because the more the games, the better the entertainment.

Within the company’s small portfolio, it is easy to notice the amount of efforts they have put into. Here are a few of these games that have caught our attention the most:

Considering that the company has had less than 5 years in their career, it is quite impressive how strategically they are moving forward. With a rather safe move in the mobile gambling sector, the company is gradually showcasing their ambitious goals for achieving a firm position in the industry. Their recent hiring of experienced game designers and partnerships with major casino specialists further strengthens their motive to advance further with a better portfolio.

Players who are interested in this game developer may want to check them out via their mobile-optimized gaming app that can be played for free. Players can not only upgrade their levels in various in-app purchases, but also enjoy them for real money!