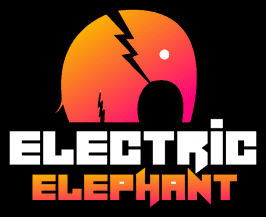 Widely known for their priorities on mobile gambling, Electric Elephant is a casino software house based in the UK. Launched in 2014, the company takes pride in providing the most exclusive quality contents for their fans. In addition to their own branded products, the developer is also known for offering their top-notch services to the other game providers.

Headquartered in Soho, England, the development team of the company works from Colombo, Sri Lanka. Maintaining a smooth consistency in their long-distance workforce, the company has already proved their credibility in the social casino sector. They also have a few real money games that are launched under the leading game developers like Microgaming, Reflex Gaming, Leander Games and so on.

The majority of the products from this developer revolve around online pokers. Considering that both the founders are from the poker sector, it seems quite evident that the company soon grabbed some good deals with the largest poker site, PokerStars.

With the support from PokerStars, Electric Elephant entered into the social casino market in 2016, offering their latest creation of a mobile gambling app. As the popularity of this app continues to grow, the future of the company also seems bright and promising.

While the company focuses mostly on designing poker games, slot lovers may be surprised to know that many of the popular titles from the land-based casinos are brought back to the online platforms by this prolific developer. Thunder Wings, Gold Dragon Red Dragon, Release the Kraken, Flight of Icarus, Emerald Fairy etc. games are now available in both desktop and mobile phones, thanks to Electric Elephant.

The company has another speciality other than porting casino games. In many cases, they create different types of slots for their valuable clients.  Fruits Go Wild is such a slot that is launched under Leander Games. Here is a brief overview of this highly popular slot.

Another noteworthy production from Electric Elephant is the Royal Rush. Officially released in 2018, this game has instantly received massive positive feedback from the gambling community. Featured in PokerStars, the game is still available for playing online in real money. A few key points of this popular game is briefly discussed below:

With a brilliant beginning, Electric Elephant has gradually become a force to be reckoned with. In a short period of their existence, the company has successfully secured some solid partnerships and delivered some jaw-dropping products.

The recent ventures of this company prove their seriousness and excellence further. While fans of Casino Rush can eagerly wait for the exciting upgrades on this game, slot lovers can also hope for brand new releases from this developer. As all the Electric Elephant games are designed especially with mobile gamblers in mind, chances are that everyone will be able to enjoy the upcoming games in online, mobile phones and in social casinos.