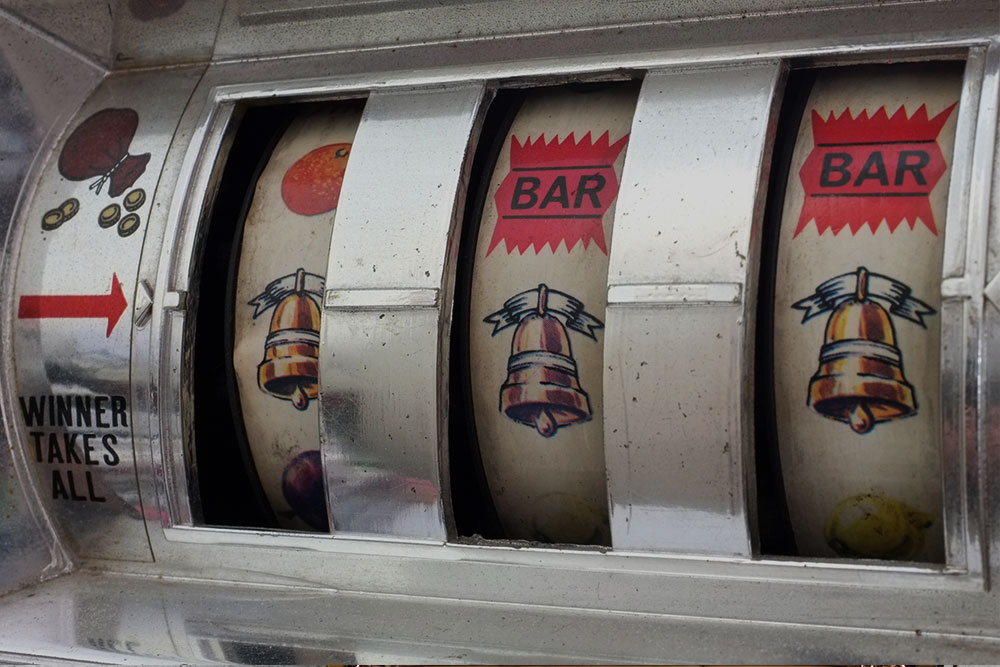 (Continued from ‘Where it all began’) Charlie Fay, without realizing that he was founding an industry which would blossom for more than a century to come.  His original Liberty Bell machine quickly gained wide popularity, from the time of its introduction in San Francisco in 1895.  A popularity held by both the operators of machines and players alike.

Gambling Devices of the Mechanical Age

Mills Music and Novelty – a long-time manufacturer of automated musical instrument arcade machines, quickly became attracted to this concept.  In 1910, they’d finally tooled up for their own serious entry into the field, with “Mills Liberty Bell”. This first production entry into the field, the Mills machine contained a number of significant innovations. The least of which was the display, not only of the symbols on the pay line but the three above and below as well. This added the psychological “near miss” element to this new and fascinating game.

Over the next several years, entries into this lucrative field expanded wildly into the dozens of would-be producers. As expected only the most skilled, determined and innovative would eventually rise to pre-eminence.

The Watling machines were perhaps the most spectacular, particularly in style and in size. Their most prominent feature was the circular “escalator” at the top, which made visible the most recent coins played – for the benefit of security, since any slugs recently played were on display for all to see.

Over a span of sixty years, the Mills machines would become the “Chevy” of the industry, it was the Jennings that held the badge of “Cadillac”. In the early 1920s was when they truly livened up the play, by the addition of the Jackpot Box.

This feature enhanced by a unique element of mystery. Rather than a fixed award of 100 coins, the award chart simply read: “120 coins – more of less”. This reflected an ingenious system, whereby when the coin tube (pay out reservoir) within the machine had filled to capacity, additional coins played in were deposited into the jackpot box.

Only after that box had then filled to capacity, would the “spill over” empty into the cash box at the bottom of the machine. Any player who was lucky enough to hit the jackpot, would simply experience an unknown horde of coins crashing into his coin tray – yielding a thrill that casino players of the past forty years have never been able to enjoy.

The World of Gaming Chips